From Issuepedia
< Barack Obama
Jump to navigation Jump to search

Obama's opponents have been demanding that Obama produce his birth certificate in order to prove his legal qualification to be president, and claiming that he has been refusing to do so. They further claim that he would only do this if he was not in fact born in the US.

The subject of his birthplace is actually irrelevant; his mother was a native-born American, so he is qualified.

In response to continuing attacks from "birthers", Obama's staff obtained this photocopy of what appears to be the original piece of paper issued at Obama's birth. The White House is referring to it as "the long form". 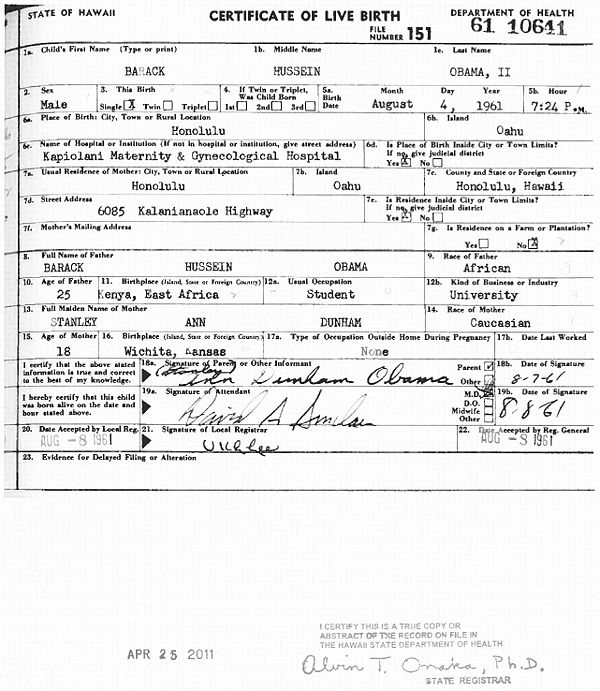 In the run-up to the election, Obama's campaign obtained this certificate and released it to the public. Although it is not an image of the original birth certificate, it is legally considered an officially copy and sufficient evidence for any use that a birth certificate would be needed for. 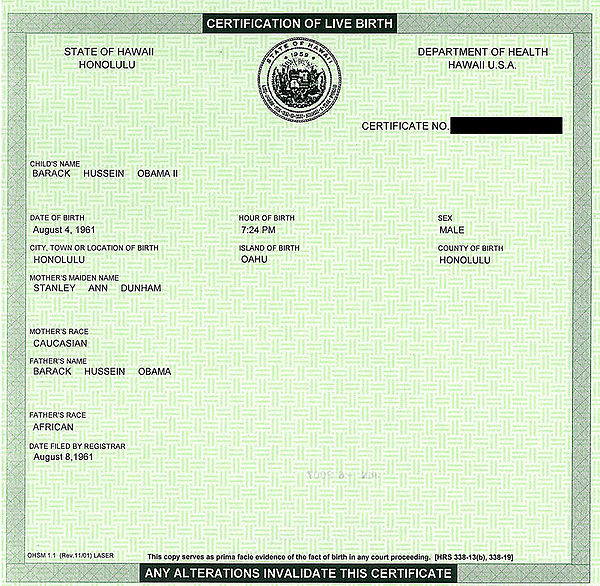