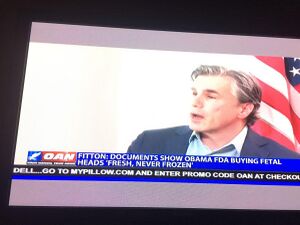 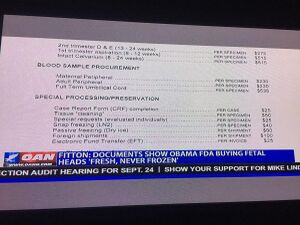 On 2021-09-14, the right-wing group Judicial Watch announced[1] that it had received «198 pages of records and communications from the [FDA] involving "humanized mice" research with human fetal heads, organs and tissue». The evidence they present, however, does not seem to make any mention of human heads.

This disinfomeme appears to be designed to promote the belief that abortion is unethical by associating it with the gruesome imagery of unborn baby parts. It first came to our attention via a post on Nextdoor in which the poster added "This made me sick!"

The use of fetal tissue for medical research has saved countless lives, and the sale of it at cost is generally legal[2] under Democratic presidents and illegal under Republicans, due to the GOP's embracing of the misnamed "pro-life" movement's longstanding campaign against it.