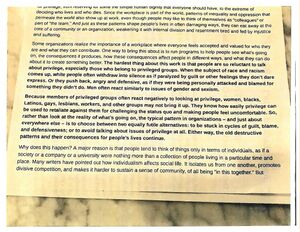 Fig. 1: Hanifan apparently believes that this material should not be taught, and has chosen this as one of her big priorities

Jennie Hanifan is running for the Watauga County School Board in the May, 2022 election.

She appears to have hopped on board the critical race theory outrage bus, referring to an excerpt (of which she presents a partial photograph) from The Forest and the Trees (by the late Allan G. Johnson) in the following manner:

This "Social Studies Assignment" is a clear and obvious example of odious and/or potentially illegal teaching of "woke" political indoctrination, identity politics, and/or the parts and language of Critical Race Theory. Notice the focus on and teaching of propaganda and opinion as fact, frequently using words such as "oppression", "privilege", "privileged groups", "race", "racism", "white people ...paralyzed by guilt", "cycles of guilt, blame, and defensiveness", and "Men often react similarly to issues of gender and sexism." Also notice the explicit criticism of "individuals" and "Individualism".

We believe that the teaching of blatantly racist and sexist propaganda like this constitutes a clear violation, by a government supported institution (the Watauga County Schools) of the Equal Protection Clause of the 14th Amendment of the US Constitution and the Civil Rights Act of 1964, (see 42 U.S.C. § 2000d (“No person in the United States shall, on the ground of race, color, or national origin, be excluded from participation in, be denied the benefits of, or be subjected to discrimination under any program or activity receiving Federal financial assistance.”)

We believe this material also creates an illegal "hostile environment" for the young men in this Watauga HS class, who are obviously blameless for any of the disparaged activities, but are being publicly shamed in front of their peers and being blamed for acts of racism, oppression, and other admittedly wrongful acts committed by others many, many years before they were born.