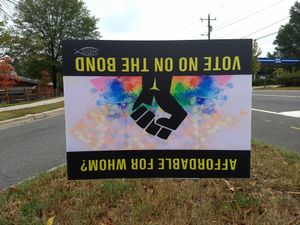 Some of the signs have been turned upside-down. Nobody seems to be going around and correcting them, either, suggesting non-local origin. 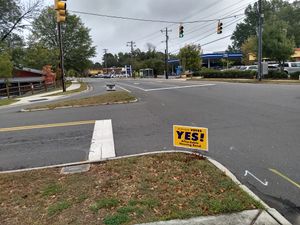 This particular sign was found in front of Lakewood Shopping Center – the "vote no" sign is across the street, above and to the left of the "YES!" sign in the foreground. The "YES!" signs are far more ubiquitous. 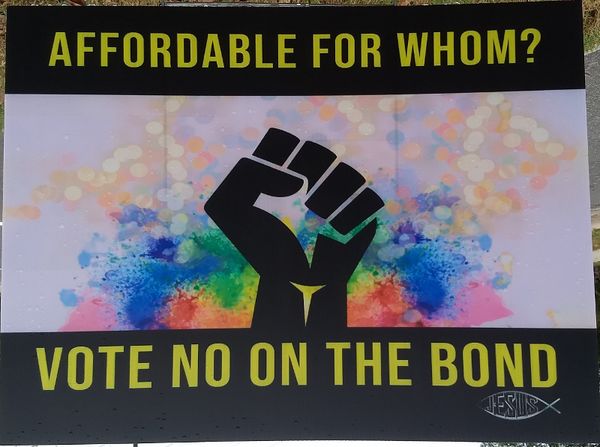 The Jesus-fish in the bottom right-hand corner suggests one or both of the following:

Alternatively, it could be seen as an attempt to create dissent among supporters through "just asking questions": the fact that it attempts to mimic left-wing aesthetic (the black fist on a rainbow background) with a question that is fairly open (who benefits from affordable housing?) makes it seem like the intent is to get people who are uncertain about voting yes to reconsider. The Christian Fish/ Jesus Fish is a known Evangelical symbol, however: perhaps a way to inform evangelicals that they should take an anti-bond position (regardless of how they might have felt at first).

"Affordable for whom?" may be a reference to this conference[1], but since the bond is specifically intended to support the same aims that the conference supports, the logical connection to opposing the bond remains unclear.