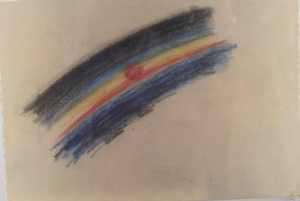 sketch of sunrise on the Earth from space by cosmonaut Alexei Leonov, 18 March 1965

Belief in a flat Earth seems to have experienced a resurgence in the 21st century, along with many other counterfactual and anti-science claims, despite the ever-increasing mountains of direct evidence that it is wrong. The roundness of the Earth has been known since ancient times, and more than one way of proving it was known by at least the 1800s but it was only in the mid-1900s that photographs and precise surface-topology measurements became available.