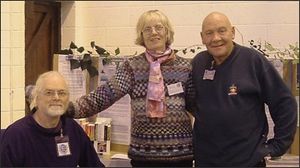 Green World Trust is an organization in the UK formed in ~2005 "to promote local awareness of the risks of climate change".

Despite this, they seem to be taking the position of global warming advocates who have "had their eyes opened" and seen that the movement has been "hijacked" and hence it is necessary to oppose the various governmental plans to counter global warming. The reasoning is not clear at first glance, and many anti-GW items which they seem to be treating as revelations have long been refuted.

They are based in the Burnham-on-Sea/Highbridge area.

This may be any of the following:

There appears to be a different org with the same name, operating out of Princeton Junction, NJ, US, which owns interest in a company called Neah Power Systems: