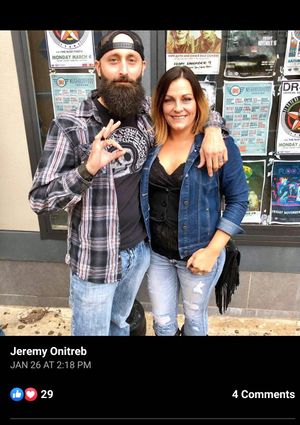 Jeremy Bertino, of Locust, North Carolina, was exposed as a Proud Boy this week after rallying in Pittsboro, North Carolina. At the rally, he crossed the street] to make homophobic comments to protesters, while wearing a t-shirt that read “Pinochet Did Nothing Wrong.” The slogan is a reference to Augusto Pinochet, the Chilean dictator arrested in 1998 for the infamous Caravan of Death murders, the extralegal killing of nearly 100 of Pinochet’s political enemies.

The Proud Boys were designated as a hate group by the Southern Poverty Law Center in early 2018. Researcher Samantha Kutner’s [Proud Boys Incident map shows over 130 violent incidents involving the Proud Boys since the 2016 founding of the group, including the October 2018 attack on protesters outside the Metropolitan GOP Club for which Proud Boys John Kinsman and Maxwell Hare were recently sentenced to four years in prison.

In September, North Stanly High School was forced to cancel a football game due to security concerns after Bertino and fellow Proud Boy Jay Thaxton (also present at the Pittsboro rally) protested the administration’s warning the cheerleader squad not to pose with a Trump sign in their official cheer squad uniforms.

Bertino used the pseudonym “Jeremy Onitreb” (his last name backwards) when speaking to media outlets on the issue.