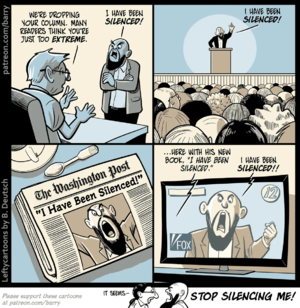 Up next: I Am Being Silenced now mandatory text for all first-year students 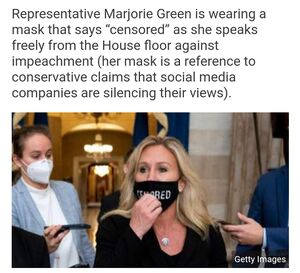 Parler was taken down by Amazon.com after repeated incidents of users posting violent threats, which is not a form of protected speech. (related)

Free speech trolling is a form of discussion trolling in which the principle of free speech is used as justification for speech that harms others, often by suppressing the speech of others through intimidation via threats, harassment, and doxxing.

In the latter case, the underlying argument can be roughly paraphrased as "I have a right to say that you should shut up. If you disagree, then you're against free speech – so shut up and stop censoring me!"

Free speech trolls were generally nowhere to be found when Gawker was under attack. See Gawker Was Murdered by Gaslight.