American lore claims that as Benjamin Franklin [W] left the Constitutional Convention in Philadelphia on September 18, 1787, he was asked by Mrs. Powel if the framers had created a monarchy or a republic. "A republic, if you can keep it", he replied. What would Ben Franklin think of the current US government? Considering the expansion of the Presidential powers over the last century, Ben might have concluded that the Presidency had become a limited elected constitutional monarchy.

The expansion of Presidential powers for the last sixty years is contrary to the intent of the framers of the Constitution. Originally the Congress had powers to conduct foreign affairs, approve treaties, and declare war and other military actions and other functions dominated by the President.

Elected monarch can be found around the world. The Pope is elected to head the Holy See. Malaysia, Cambodia, Kuwait, and the United Arab Emirates elected their monarchs. Before the Constitutional Convention of 1787, Alexander Hamilton argued that the President should serve until impeached, but his resolution was rejected. The US has slowly changed from the original Constitutional concept of three co-equal branches of national government with separation of powers to a limited constitutional monarchy.

Republicans blame Democratic Presidents such as Roosevelt, Truman, Kennedy, and Johnson for the imperial Presidency. Democrats blame Republicans such as Nixon, Reagan, and George W. Bush for the imperial Presidency. If you look beyond political name-calling, you will see that the Office of the President has taken on new powers. The transformation from a Constitutional government to a constitutional monarchy represents a fundamental change in the US government that goes beyond politics and personalities in Washington, D.C..

By custom and law the Presidency has acquired many powers not allowed in the Constitution including war powers, and national emergency powers. President Polk in 1846, started a war with Mexico and then asked the Congress for approval, which he got. President Lincoln believed that if the President could unilaterally engage the country in war then he held the power of a king. Although the Constitution states that only the Congress can start a war, since 1941, Presidents have been able to wage war without Congressional approval. 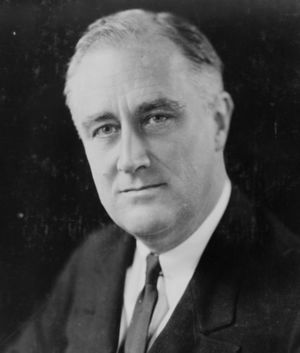 When the limited elected Monarch (the President) declares a national emergency, by law the President may seize property, organize and control businesses, seize commodities, assign military forces abroad, institute martial law, seize and control all transportation and communication, restrict travel, and generally control the lives of United States citizens. As of 2007, sixteen Presidential declarations of national emergency were active. Some are more than thirty years old. In theory the courts and the Congress might be able to check these power. In practice, during a crisis these powers are unlikely to be checked.

How the transition occurred

The enlargement of Presidential power accompanies a war or foreign policy crisis. During a war or crisis President can easily persuade the Congress and the courts of the necessity of expanded powers. As the crisis continues the President accumulates powers. When the crisis passes the powers remain, often hidden from public sight, to be used by subsequent Presidents.

For examples look to WWII, Korean War, Cold War, Vietnam War, Yugoslav wars, the Global War on Terrorism, Afghanistan, Iraq. Because of WWII, the US was in an official under a national emergency from 1939 to 1947. In the Korean War, Truman waged war and expanded the military without seeking Congressional approval. During the Cold War, the US overthrew the governments of Iran and Guatemala and attempted to overthrow the government of Indonesia and Cuba. The US installed new governments in Egypt and Laos. Troops were sent in the Dominican Republic without Congressional approval. The Vietnam War spawned a secret war in Laos and a secret invasion of Cambodia. The Yugoslav wars were waged without seeking Congressional approval. The President’s execution of the Global War on Terrorism faces accusations of illegal torture, imprisonment and murder. The invasion of Afghanistan accompanied illegal wiretapping and accusation of abduction of innocent Afghanis. The President Bush is accused of misconduct to persuade citizens to support the Iraq War.

Unnecessary wars, excessive secrecy and invading citizen’s privacy are at the top of my current list of abuses of Presidential power. All of these reduce the democratic responses of citizens. My purpose is to point out that the current system institutionalizes excessive Presidential power, which leads to abuses of power. Rather than recognizing this fact, many wish to believe that when the current President is replaced with a better President the abuses will be corrected. This might true for a few years. However beneficial replacing the current President will be, it will not by itself change the system of limited Constitutional Monarchy that institutionalizes excessive President powers and inevitably lead to abuses.

Arthur M. Schlesinger writes “A constitutional Presidency, as the great Presidents had shown, could be very strong Presidency indeed. But what kept a strong President constitutional, in addition to checks and balances incorporated within his own breast, was the vigilance of the nation. Neither impeachment nor repentance would make much difference if the people themselves had come to an unconscious acceptance of the imperial Presidency. The Constitution could not hold the nation to ideals it was determined to betray.”

The Future of Constitutional Monarchy

The Constitutional Monarchy is a creation of sixty years of almost continual international conflict and war. A possible path back to Constitutional government exists. The first step is to educate citizens about the current Constitutional Monarchy system. Next, the US must greatly reduce its military and end unnecessary wars and occupations so that the national government can operate on a non-crisis basis. Next, the power to end wars must be restored to Congress. Also Congress must have the ability to veto executive agreements within sixty days. Executive agreements are used by Presidents to make international arrangements without involving Congress. If enacted it would change the balance of power between the Presidency and Congress as well as affecting foreign policy decisions. More will be needed to transform the limited Constitutional Monarchy to a Constitutional system, but these steps will go a long way to that end.

The business-as-usual scenario would most likely result in a more powerful and less limited elected Monarch and weakened Congress, an expanded military and continuing conflicts and international isolation. Beyond that, I would suggest that the US is in a transition period similar to the ancient Roman republic’s transition to an empire. Ancient Rome’s power and position pale in comparison to the US’ power and position in international affairs. For more information see America's inadvertent empire by Lieutenant General William E. Odom and Robert Dujarric.

Theoretically impeachment and removal would result in Presidential accountability but this has not occurred in the over two hundred history years of US history. Presidential accountability occurs during Election Day once every four years. If Ben Franklin were alive today, would he not recognize these powers are similar to those of King George III of Great Britain and consider the republic lost?

In the 20th century, America's responses to conflicts and wars have transformed the national government into a Constitutional Monarchy. Sorry Ben Franklin and President James Madison, but the citizens of the 20th century forgot the wisdom of the Constitutional Convention and the difficult lessons learned about monarchy during your century. US citizens would do well to remember Ben Franklin’s comments of September 11, 1783, "There was never a good war or a bad peace".

Sources for this article