From Issuepedia
< Issuepedia:Filing Room‎ | to file
Jump to navigation Jump to search

The Center for Economic Accountability, a 3-year-old nonprofit based in Michigan that says it approaches topics 'from a free-market, limited-government "classical liberal" perspective,' called out the incentives package as going 'further than any other ... to exemplify the massive wastefulness and ineffectiveness of state government subsidy programs.'

North Carolina officials from multiple agencies had engaged with Apple (Nasdaq: AAPL) for years about a site in RTP. Talks resumed this past spring$ and in April the project – code named "Project Bear" – was announced as a huge win$ for the Triangle and the state.

Apple committed to developing a 3,000-job campus on 281 acres the company controls.

The campus and engineering hub will focus on machine learning, artificial intelligence and software engineering. The high-paying jobs – with average annual salaries of at least $187,000, according to Apple – come at a cost, however. To ensure a win over Ohio, North Carolina put forward its biggest-ever incentives package.

Earlier this year Michael Farren, an economist with the Mercatus Center at George Mason University, also called the sum exorbitant.

Farren said subsidies – even those in the form of reimbursements – are not free money, and that the majority of incentives are unnecessary, pointing to research that estimates just one out of every eight subsidies is actually responsible for changing a company's decision on where to locate.

'And in situations where it does cause a company to change where it locates, it causes the company to choose a less efficient spot for production,' Farren said.

I keep finding myself kind of in agreement, at least on an emotional level, with MTG's "national divorce" idea. It would be a huge mess even if it was done right, and they probably won't want to do it in any way that's even remotely fair, and then when it's done they'll blame us for the whole thing and especially the negative consequences, but still -- I can see the appeal.

We just want very different things. They want a deeply hierarchical society with winners and losers and little value placed on individuals for their own sake -- basically an authoritarian / r-selection society -- where as we want, like, the exact opposite...

...and I do like the idea of allowing people to choose which type of society they'd prefer to live in -- see https://instagov.com/wiki/Opt-in_market_socialism -- but there are huge logistical issues to work out in doing this... and I don't think the kindergartners whose views I'm trying to accommodate have the first clue about any of that.

As I've said many times, they're kind of proving that democratic republicanism doesn't work in the information age. We need a better system if we want to keep moving towards an egalitarian/horizontalist society.

A lawyer of the Yekaterinburg LGBT Center was reported on gay propaganda because of the mention of "hospitable administrators, free tea and snacks"

In Yekaterinburg, two protocols were drawn up against the lawyer of the Resource Center for LGBT people, Anna Plyusnina, on the promotion of non-traditional sexual relations among minors (part 2 of article 6.21 of the Code of Administrative Offenses of the Russian Federation). Plyusnina told about this on Facebook.

The protocols for the lawyer were drawn up on December 29, 2021. According to a copy of one of them, Plyusnina was accused of creating a website for the Queer Line of Yekaterinburg, available "for viewing by an indefinite circle of people, including those who have not reached the age of majority," and published information on events for people of "non-traditional sexual orientation" ... Thus, according to the police, the lawyer "carried out" gay propaganda.

It's a sign of government competence that they were able to get so much of it completed in *spite* of Trump's interference. This really gives the lie to the people who love to say that government can't do anything, government is inefficient, government is the problem, etc.

Also, it's deeply troubling that a sitting president would try to interfere with the census -- and that he would be able to do so. No executive should have that much power, GOP or Dem.

The census is an essential institution of our representative democracy; protecting it should be a priority for anyone who identifies as conservative.

GOP: forcing people to do stuff is bad and unAmerican and anti-freedom!
also GOP: [wants to require sports teams to play national anthem]

Gotta love the hypocrisy. "Law and order! But also LOCK HER UP and HANG HIM!" -- and now this.

[quote] Republican legislators are [...] seriously discussing the idea of impeaching Democratic members of the Supreme Court should it strike down the gerrymandered legislative and congressional maps those same lawmakers enacted late last year.

It’s hard to overstate what a treacherous act this would be. Simply put, handing down rulings with which legislators disagree is not an offense of any kind – much less an impeachable one. Indeed, few things are better established in our system of government than the right of the judiciary – and especially the Supreme Court – to determine whether acts of the General Assembly are constitutional. To strike down unconstitutionally gerrymandered electoral maps is not just the Supreme Court’s right, but its duty. [/quote]

"Law and order, but only the laws and orders we like!"

It turns out there's an amusing, hoist-by-their-own-petard story to this too.[1]

Basically, the GOP tried to stack the NCSC by splitting the Dem vote -- they funded efforts to recruit more Dem candidates, then changed the rules just for 2018 to eliminate the judicial primary, so there would be one GOPer running against several Dems.

They also added partisan labels (R/D) for the judge seat, so naive GOP voters would know who to vote for.

But then the Dems coalesced around Anita Earls, and the one other Dem candidate (Chris Anglin) apparently switched parties at that point[2] -- leaving the ballot as 2 Rs vs 1 D.

...and remember, it was the the Rs who got rid of the primary, because they were hoping the lack of winnowing would favor them.

If they had succeeded, we would be looking at a win today for the gerrymandered maps, instead of the well-deserved loss we thankfully got.

FYI There us probably not a crime wave happening. The supposed increases in crime only appear to be huge or even there, because 2021 crime figures are being compared to 2020’s depressed crime figures.

2021 not yet being ended it is no surprise that the FBI has not yet released final figures for 2021.

ALL the reports of increased crime are, according to the FBI and multiple media outlets “preliminary data from non-federal sources.”

I will wait until the real figures are released before I believe these inflammatory reports from outlets with a political ax to grind.

The responses kinda show that conservoids don't know how to dig down and see who's telling the truth (but I didn't spend much time reading them).

I'm not sure exactly what these are supposed to prove, but they are from a conservoid:

interesting how it disappeared but that’s OK here it is again.

Because the people they trust are literally and explicitly and cynically and most importantly purposefully telling them those lies.

Pro-Lifer: Well, the mother should just give the baby up for adoption if she doesn’t want the baby...
Me: So, who will adopt the baby?
PL: I don’t know there’s lots of couples who want to adopt.
Me: Do you know any couple who is waiting to adopt?
PL: Um well not personally but like I know there’s lots of people waiting to adopt.
Me: Do you know what a domestic adoption cost?
PL: I don’t know. $15,000 maybe?
Me: The average cost of domestic adoption in the United States is $70,000 if you go through a private agency.
PL: Oh, I didn’t realize it was that much
Me: Yep, it’s really expensive. It can be more if you want a newborn straight from the hospital. Up to $120,000.
PL: Well, all life is precious.
Me: it really is. I’ve adopted through foster care and am currently a licensed foster parent. Would you be interested in becoming a foster parent yourself?
PL: Oh no I couldn’t do it.
Me: Why not?
PL: It would just be too much for me right now.
Me: Why is that?
PL: It would be too hard to handle all the issues that came with it. I’ve heard horror stories.
Me: Yep, it can be extremely difficult. But what if I told you that you were required by law to become a foster parent?
PL: what?
Me: what if you had to become a foster parent by law?
PL: they would never do that. That would never happen.
Me: Well, if a woman is forced to bear a child she doesn’t want, and she goes ahead and has that child, someone has to care for the child either through adoption or foster care. You have to do one of those two things.
PL: But I don’t want any more kids.
Me: So, you don’t want someone forcing you to have a child in your home that you don’t want or aren’t able to care for?
PL: no, that’s not my job to raise someone else’s child.

There it is folks. Have the baby, but we don’t want anything to do with it afterwards.
But let’s ban abortion...

posted link/highlights for discussion on Nextdoor; Marriage and Fauci items also included in this post. 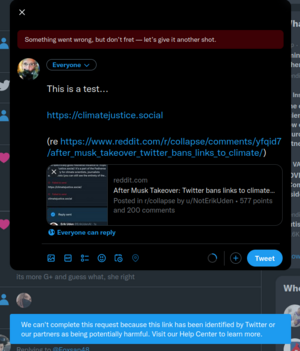 I usually like what’s in The Atlantic but this is a major misrepresentation. Most of the “policies” mentioned are not actually Democratic policies. Climate change and LGBTQ rights? Everyone should care about that.

I don't think these people are misrepresenting how they feel, but it's mostly a testament to Republican narrative domination. Was a single specific Dem policy [even] mentioned?

Everything Hispanic voters say they care about in this piece is better addressed by Democrats. A far more informative piece would have been about Republican disinformation campaigns flooding Hispanic voters, especially through right wing radio.

You're in a fertility clinic. Why isn't important. The fire alarm goes off. You run for the exit. As you run down this hallway, you hear a child screaming from behind a door. You throw open the door and find a five-year-old child crying for help.

They're in one corner of the room. In the other corner, you spot a frozen container labeled "1000 Viable Human Embryos." The smoke is rising. You start to choke. You know you can grab one or the other, but not both before you succumb to smoke inhalation and die, saving no one.

Do you A) save the child, or B) save the thousand embryos?